STASCAFE is the very latest trend in coffee drinking. Enjoy espresso without creating any unnecessary waste. The biodegradable capsule is quick and easy to use and it’s environmentally friendly too.


“WE ROAST OUR COFFEE OURSELVES, SELECTING JUST THE VERY FINEST BEANS FROM THE MOST HONEST OF PLANTATIONS.„

That’s not all though: STASCAFE also has a real passion for coffee. Pure coffee. We roast our coffee ourselves, selecting just the very finest beans from the most honest of plantations. And, of course, we are continually trying to find even better ways to process, roast and package our product. After all, sustainability and quality are not mutually exclusive. Far from it.
In other words: STASCAFE aims to achieve a major impact by making a small gesture. An environmentally-friendly alternative to aluminium Nespresso® capsules and the many plastic imitation capsules available today. 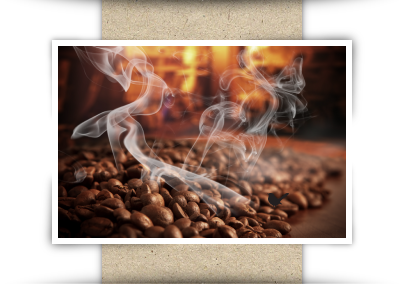 We really don’t have anything to complain about: the planet provides us with oxygen, water, food … and coffee! We've almost started to take it all for granted. And that's not good. We drink coffee without really giving anything a second thought and the same is true for many other things we do. But wouldn't it be a shame if this attitude meant that our great-grandchildren were unable to enjoy coffee or a clean natural environment in the future?

This might sound a little dramatic to you, but did you know that 60 billion coffee capsules are added to the waste mountain every year? Very few of them are recycled. Plastic ends up in our seas and oceans via canals, rivers and illegal dumping, where they cause major damage to our flora and fauna. And that's no small matter. Not just because the oceans are our main source of oxygen, but also because they are the main source of food for more than 50% of the world's population.

However trite it might sound; a better environment does start with you. It's still undeniably true. STASCAFE is all too aware of its responsibilities. We aim to provide tasty coffee that is ecological and affordable too! Leaving you free to enjoy a delicious espresso without any regrets.

The Nespresso® concept is now the world's biggest espresso system. Unfortunately, the aluminium used to produce Nespresso® capsules is having a huge impact on the environment. Aluminium is difficult to recycle and isn’t biodegradable either.

When the patent expired in 2013, many companies were ready to benefit from the Nespresso® success story. Their only goals: the pursuit of profit and profiting from our success. However, no thought was given to the environment, let alone the question of quality. Consumers can now choose between a whole range of plastic capsules with aluminium foil seals. These products have an even greater impact on the environment than Nespresso® capsules do. There’s no concern at all about the carbon footprint of this plastic-aluminium capsule version.

The Nespresso® concept was developed in a time of abundance and limited environmental awareness. Every year, almost 23 million genuine Nespresso® capsules and imitations are added to the waste mountain, something that is simply irresponsible today. The German DIE WELT newspaper recently reported that half of Germany will be littered with coffee capsules in just two years from now if we continue to use them at the current rate. This gave Rien Stas the idea of modifying the Nespresso® concept to reflect today's 'new sustainable age'. 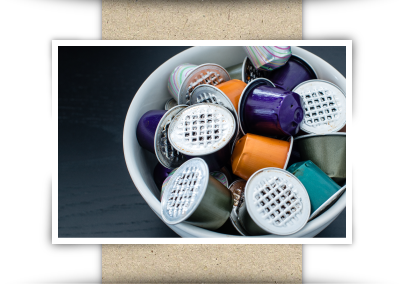 We now have a very big island, floating in the ocean, that is made up entirely of plastic. It’s known as "plastic soup" (see Wikipedia for more information). Today's oceans and seas are filled with minuscule pieces of plastic (take a look on YouTube), which also end up in our food chain, via fish consumption, for example. An interesting fact: every dead albatross found on a beach has 0.5 to 1 grammes of plastic in its body.

The growing waste mountain, the plastic soup in the sea, air pollution and climate change are all a source of concern, for us and governments too. Politicians are now set to pull the stool out from under many blameworthy multinationals. Plastic bags that you use just once and then throw away will disappear under the pressure from politicians in the future. The Greenpeace environmental organisation tells us that this is just the start and that much more is to come. Producers will be made to pay heavily for polluting the planet and also be forced to start to consider sustainable alternatives.


STASCAFE sees that all kinds of products are being produced in a manner that is not ecologically sound way in the world around us. In a way that consumes, but gives nothing back and that exhausts, but doesn't feed. This situation got them thinking.
The Stas brothers want to produce good, honest products that enhance everyone's lives. They see that we are living in a world that is dominated by large, blameworthy and irresponsible multinationals …

Given the great love that the brothers have for coffee and nature, they believed that a different approach was possible. They decided to be bold and set out to create a world in which the economy is about well-being, rather than money, because that's just a means to an end. A world in which well-being is about happiness, honesty, inspiration, togetherness, in symbiosis with every living being. 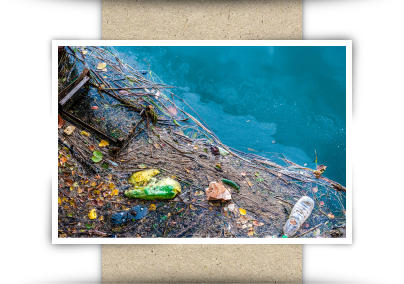 We have chosen to call our compostable capsules bio caps. The raw material used to produce these capsules is PLA, which is a revolutionary type of plastic. What makes this material so special is the fact that it's made entirely from waste from the food industry. For example, sugar cane fibre, potato peel and corn kernel husks. PLA is tasteless and odourless. All of the above means that bio caps can be disposed of with your organic or residual waste. Their CO2 impact is just a fraction of what you can expect from ordinary plastic or aluminium.

A better environment still always starts with you. Ask yourself the following questions: which footprint do you want to leave behind? What kind of impact are you having on your natural environment via everything that you consume?
In the meantime, you can enjoy a heart-warming STASCAFE with confidence. Because life is also (and mainly) something that should be enjoyed, isn't it?