STASCAFE is the brainchild of Rien and André Stas, two brothers from the green village of Hapert. For almost 20 years now, these entrepreneurs have enjoyed great success with their smart solutions to everyday problems. As huge nature lovers, sustainability has become ever more important to the brothers.


“ENJOYING RESPONSIBLY AND WITHOUT COMPROMISING ON QUALITY„

As a coffee lover and Nespresso® fan, the never-ending throwing away of coffee capsules gave Rien a new idea: capsules made from natural raw materials. The initial idea culminated in the launch of an ambitious project. Because, if we decide to do something, we want to do it right: no substandard imitations or Nespresso® capsule copies, but a product that really does have something to add and improve on the existing situation. While Nespresso® was investing in marketing, the Stas brothers were investing in product innovation. The time has come for coffee capsules that reflect the new world of tomorrow.

No sooner said than done. The capsules were produced in the brothers’ own machines, the coffee was roasted and blended sustainably and in-house. All of the above with the object of launching the most sustainable and best tasting coffee possible.

STASCAFE was born: responsible enjoyment without compromising on quality. For coffee lovers of today and the future too. 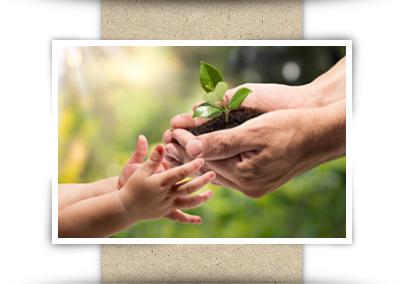 Who or what makes the difference? The following slogan might seem a little outdated, but it just happens to be true: A better environment starts with you. Coffee is popular with people throughout the world. They drink a lot of it. Unfortunately, the majority of these coffee capsules are still ending up on the rubbish heap: millions of capsules and tons of plastic or – worse still – aluminium, which is far more difficult to recycle. This isn't something that you'd still expect to be happening in this day and age, is it?


WHAT IF WE COULD ACHIEVE MAJOR CHANGE WITH LITTLE EFFORT?

Good question. Because we would, wouldn't we? That's exactly what Rien thought when throwing yet another coffee capsule into the rubbish bin.

STASCAFE wants to drastically reduce coffee waste and, by doing this, make an important contribution to efforts to improve global sustainability.

STASCAFE doesn't just want to consume; it wants to give something back too. Not exhaust, but feed.
It wants to see a change towards a world in which economy is about welfare rather than about money. That's the STASCAFE mission.